There are two actors that can take actions using this smart contract: the withdrawer and the governance module.

So let’s dig into those a bit.

Here’s a diagram of actions available to this entity: 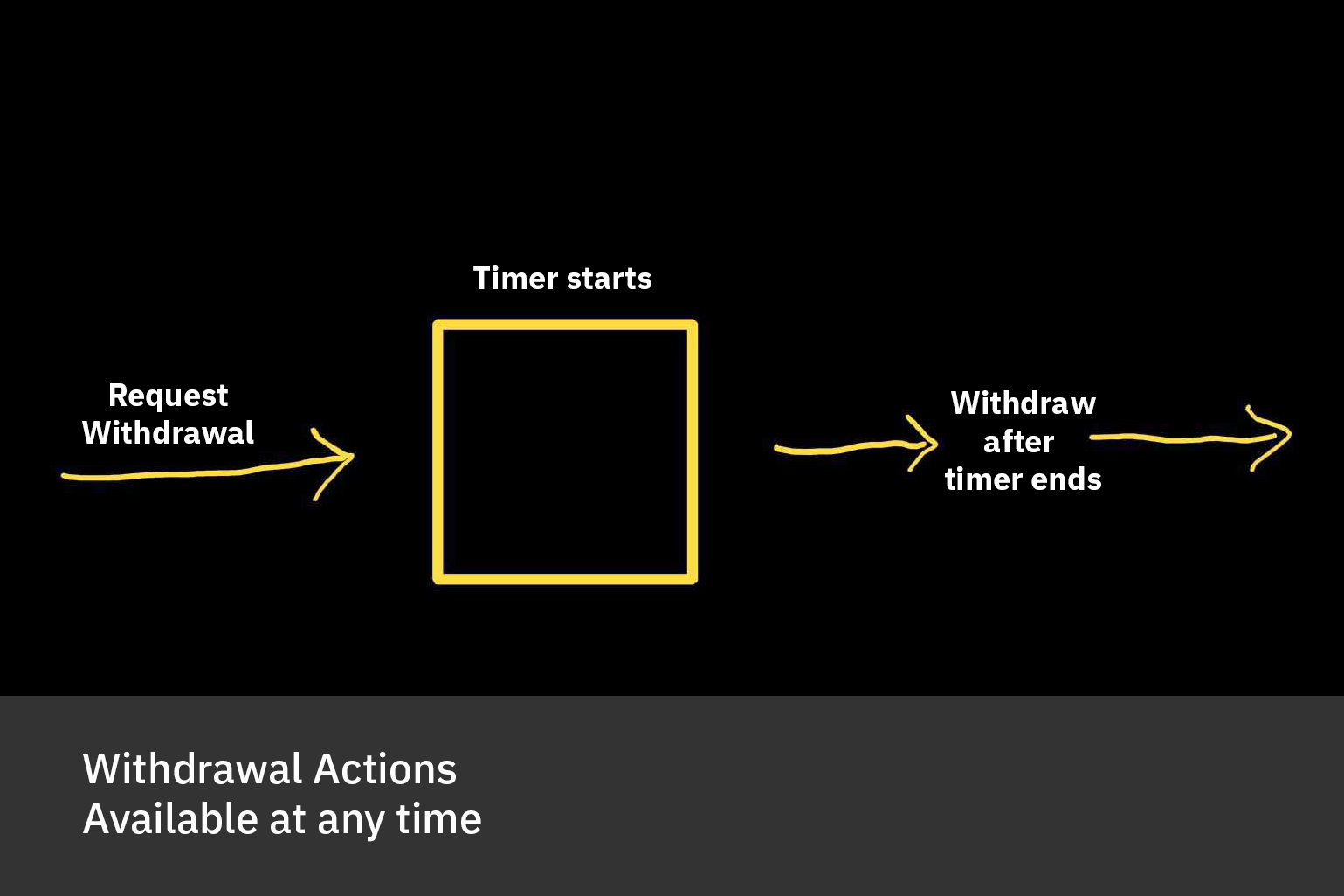 In order for this contract to be useful for mediating between CCN and the community then, it will have to be set up:

Finally, CCN’s funds will have to be moved to the contract balance. This can be done:

The reality is that even with CCN’s consent, their funds would need to be unstaked and sent to the contract with an upgrade handler. Allowing CCN to unstake their funds and send manually would be too risky.

Here’s a diagram of actions available to this entity: 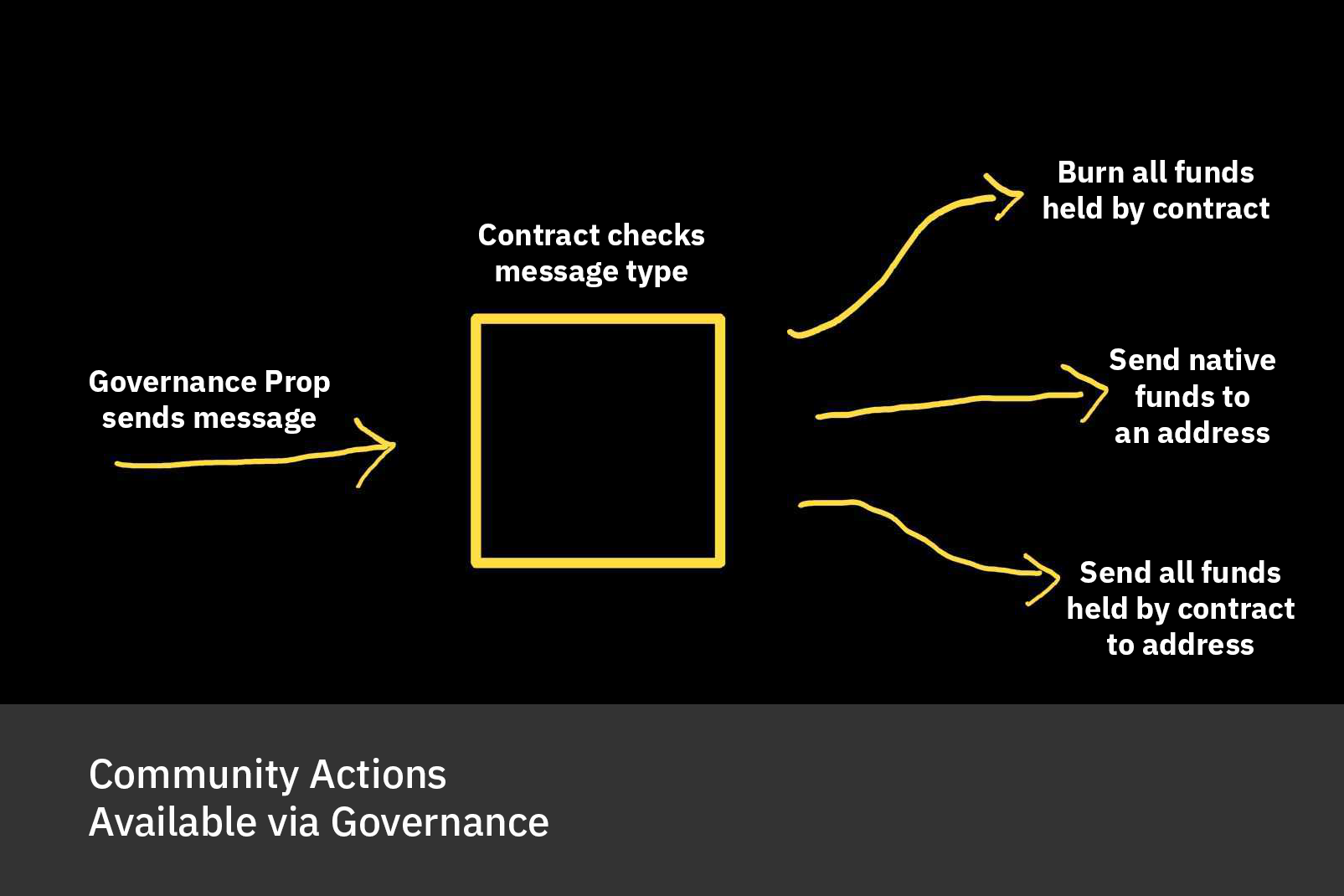 The governance module is the part of the Cosmos SDK that handles on-chain governance. It can control the contract via the sudo entrypoint.

There are three actions available to governance, if a proposal passes with the correct message type (i.e. JSON encoded arguments).

The contract then checks the message type sent to it, and acts accordingly.

Cases 1 and 3 should need no explanation; they effectively drain the contract.

However, it is point 2 that allows for more flexible negotiation.

Although heavy on admin, there is no reason why X amount of Juno could not be released in chunks, if a compromise between CCN and the community was reached.

A note on admin

The current plan is that the contract will be instantiated with the governance module as its admin.

This means that the code could be migrated (i.e. upgraded) with a further governance prop, if the community passed a motion to do so.

It may, however, be preferable to instantiate it without an admin. This means that the code cannot be upgraded.